Bearing the Brunt of it

Now is the Time for Purpose-Driven Leadership 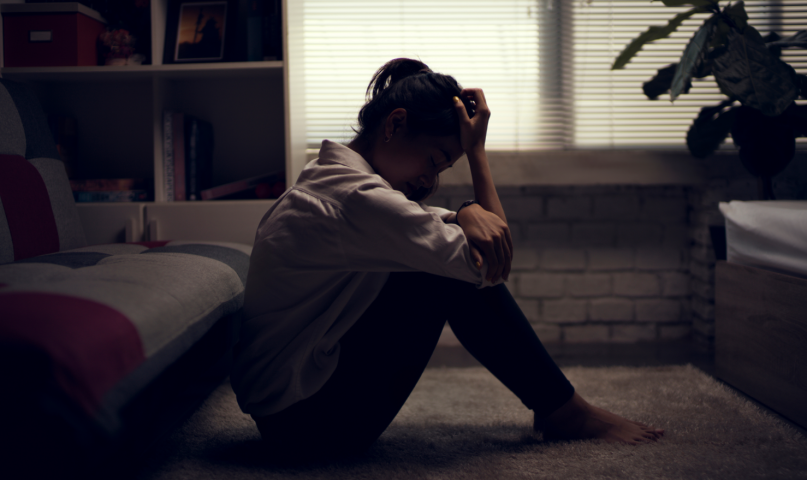 In For Our Wellness

Bearing the brunt of it

Women and stress during extraordinary times

Dr. Michele Nealonon October 14, 2020
Here we are, still, in the middle of a national crisis—a raging pandemic that has already resulted in hundreds of thousands of American deaths, 22 million lost jobs and countless failed businesses. That, and a festering political divide that becomes ever more vitriolic as election day approaches. No disputing that it’s among the most stressful times in our history—taking its toll on men and women in equal measures. 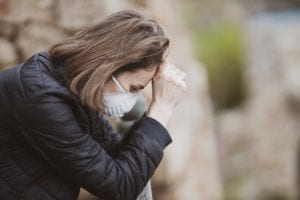 Or is it? I’m directing this blog specifically towards women, because of what we are learning about how women are bearing more of the brunt of this crisis.  Let’s be honest. This is a provocative conversation to have. Women want and need to talk about matters that impact them. Yet, too often, when women raise what are considered to be issues uniquely associated about being women in their personal and professional lives, aspersions are cast. “Here they go again.” Both men and women can cast those aspersions.

Women still carry a disproportionately heavier workload when balancing a job with family responsibilities. Women will oftentimes talk about having three jobs: Caring for a home, caring for children, and working. Women are increasingly the breadwinners for their families yet face uphill battles on something as basic as equal pay for equal jobs. Women are increasingly the decision makers for their family’s long-term financial commitment and investments. Women still face societal pressures when it comes to their role. 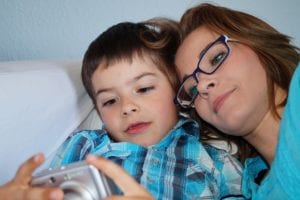 Still on the table are conversations amongst some about women being subservient to men, about women not being employable or promotable because they may take a leave from work to have children, even the debate about whether women should work at all remains. It is 2020, yet here we still are. Women are increasingly engaged and responsible, yet continuously questioned and scrutinized in a way that is unique and confusing to too many.

Women also continue to struggle with what is known as stereotype threat. In other words, women are acutely aware of the negative stereotypes attached to women in the workplace. that women aren’t perceived to exhibit the much valued masculine traits that have traditionally been associated with success, and too many women worry—either consciously or unconsciously—about confirming those stereotypes and making their work seem less valuable. When women do display what is seen as more traditional masculine traits in the workplace, they too often are viewed negatively for doing so. When women display more traditional female traits in the workplace, they are too often viewed negatively for that too.

Knowing that negative gender stereotypes exist is a hurdle that can impact women’s self–confidence and even their actual work. It leads to stress, anxiety, impaired concentration, reduced cognitive ability and even reduced job performance. If women are persons of color or from low socioeconomic or culturally diverse backgrounds, their struggles are further escalated.

Let’s combine this source of stress with what happens when women leave work. In all but the most stringently balanced households—in which each partner carries 50 percent of the home and family workload, and let’s agree that that’s pretty darned rare—women are the primary caregivers of children and sometimes aging parents, the schedulers of doctor’s appointments, play dates and sports practices and, these days, the overseers of remote learning. Even as women toil to overcome gender stereotypes at work, they must continue to manage the sociocultural expectations that direct them to act according to other gender stereotypes at home.

If women are stressed, especially as the pandemic and all the ensuing complications it brings with it drags on, it’s no wonder. They have their hands full.

HOW WOMEN RESPOND TO STRESS

What’s important to know is that men and women respond differently to stress, which is why women are letting us know they are shouldering more than their fair share of the stress burden these days. For men, it’s “fight or flight.” They shore themselves up for stress by conserving their energy and compartmentalizing the perspectives or needs of others. Women, on the other hand, adopt a “tend and befriend” approach, seeking to understand what the other person is going through and/or why stress is present in the first place. 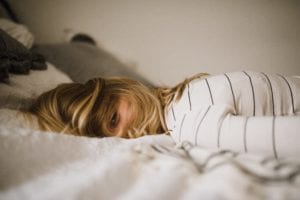 Women invest psychological energy into understanding stress, watching for variances in facial expressions, while men focus on angry or neutral faces, triggering a more negative and aggressive response to stress. In addition to women’s own stress, too often they take on the stress of those around them. It mounts up, sometimes to unmanageable levels.

As the chaos around us continues to intrude on our everyday lives, we need to keep stress in check. One of the negative results of stress is the development of anxiety and depressive disorders, either of which can take an even greater toll on our ability to manage both work and home responsibilities. As women, we are twice as likely to develop these disorders as men.

So when does stress stop being just everyday stress (like when you’re pulling out all the stops to make a deadline or reacting to an argument with a co-worker or family member) and become something more serious?  The symptoms can be identical—insomnia, difficulty concentrating, fatigue, muscle tension, irritability. But unlike situational stress, anxiety is persistent, excessive worries that don’t dissipate with time.

Stress can also morph into depression—a serious mental health condition that requires prompt and ongoing understanding and professional care. Left untreated, depression can be devastating for those who have it and their families. It’s not as rare as you might think; more than 17 million U.S. adults—over 7% of the population, had at least one major depressive episode in the last year. 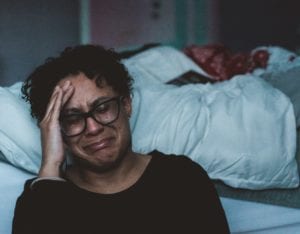 It can’t be allowed to go unchecked, although for far too many it does. Healthcare data shows that only 20% of those experiencing depression get the help they need: Early detection, diagnosis, and a treatment plan consisting of medication, psychotherapy and healthy lifestyle changes.

Remember: Both anxiety disorders and major depressive disorder occur more often in women than in men. And during a time when our lives are defined by chaos and uncertainty, that is truer than ever. It’s likely to get worse before it gets better.  Many of us are still in lock-down mode, wary of venturing into crowds, grappling with the challenges of online jobs and virtual classrooms, demoralized by the social unrest that is sweeping our country, and watching as the number of COVID-19 victims grows.

As we continue to hunker down for the long haul, it’s critical that we all understand the threats posed not just by the Coronavirus, but by the mental health consequences of the pandemic. Know the symptoms, practice a healthy lifestyle, and reach out for help when you need it. Our families and workplaces depend on us.

Remember, life is short.  Let’s each do our part to make it the best we can, for ourselves and for those around us. 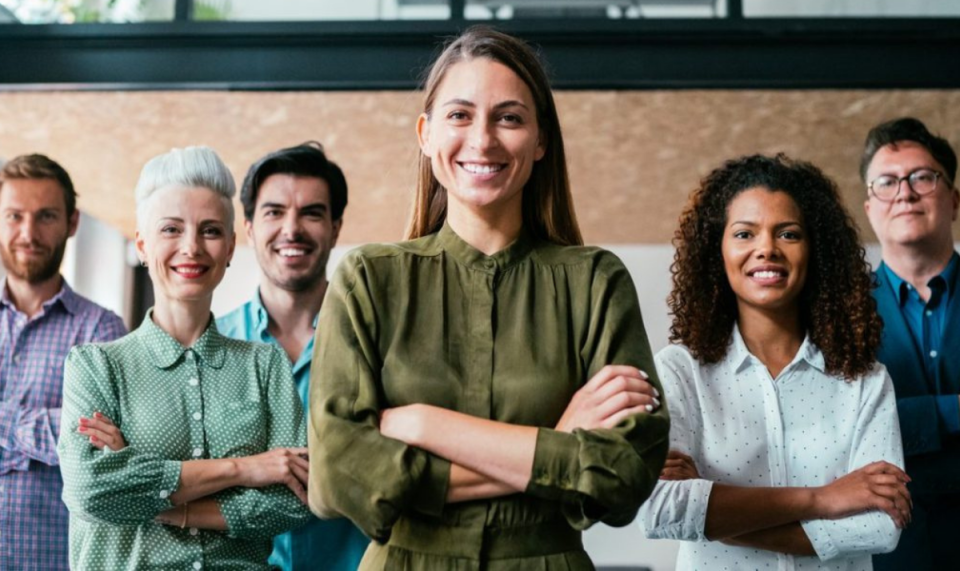 Now is the Time for Purpose-Driven Leadership 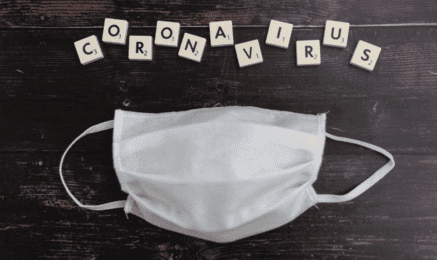 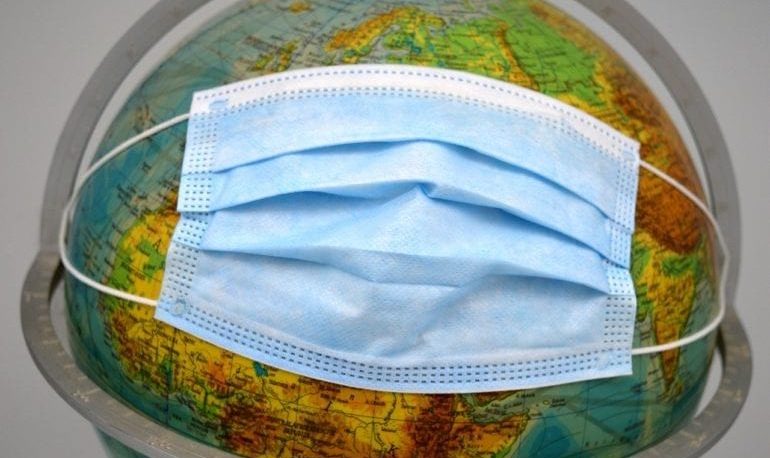