About Home for Good

There but for the grace of God goes…almost anyone. That’s something to think about when you see a tattered, unwashed person begging for spare change. Whatever wrong turns left that person homeless, any one of us could have ended up that way.

Today there are more than 500,000 homeless people in the U.S.— a figure that is certain to grow in the COVID-19-induced downturn. In “Home for Good,” Michele Nealon, Psy.D., surveys who they are and finds that the ranks of the homeless include college professors and students; former lawyers, space engineers, and social workers; battered women with nowhere to go; LGBTQ teenagers whose families have disowned them; thousands of families with young children trying to go to school; and a large number of military veterans who’ve suffered mental and physical injuries after serving their country.

“Home for Good” looks at the national psyche that has failed so many people and offers new ways that psychology, healthcare, and policy professionals can work together to stop the vicious cycle of economic inequality, systemic racism, soaring real estate, substance abuse, and domestic violence that has left so many people marginalized from society and unable to find a way back. 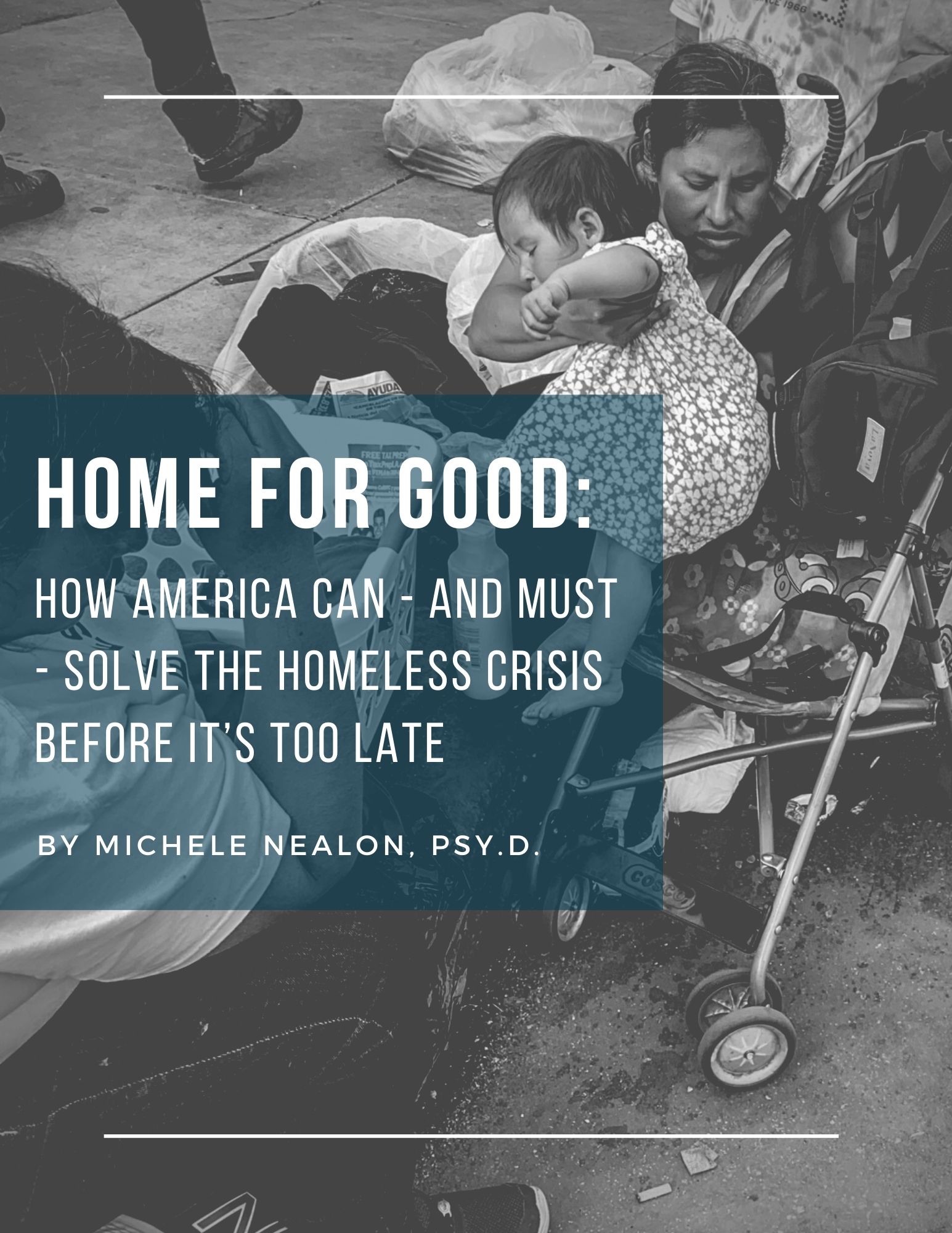